To share your memory on the wall of Marilyn Spencer, sign in using one of the following options:

Marilyn was from a small town of Pinkney MI, where she grew up on a farm tending to her beloved turkeys. Through her passion for life and love of animals, she quickly became a 4-H member at a young age. She graduated from Pinkney HS and looked forward to attending Michigan State. Her experiences lead her to many competitions and many awards within the 4-H community. One such award was her prized Reserve Champion Tom in the 1956 Jackson County 4-H Turkey Project. While attending one such event, she happened to meet a young farm boy from Coopersville MI, William or as most know as Bill. So began a friendship that would later, while at Michigan State University, turn to love for Bill. Their courtship was brief but filled with love of each other and what the future may hold for two midwestern farm kids from Michigan.

Her unending love for Bill resulted in many healthy children and future moves from her home state. So, began the journey in East Lansing where they were married then after Bill joined the US Army, they transitioned from Buffalo NY to El Paso TX then after their military service to Woodbridge VA and on to Almost Heaven West Virginia. Along the way nurturing her family with love and her desire to explore (many visits to the museums in DC) and numerous camping trips with family in tow. Her career away from home started late after most of her children had grown. Her time spent employed at Jo Ann fabrics allowed her creative side to shine, always making homemade gifts and clothing for a growing family. She then had a short career as receptionist for the law firm of Lewis, Ciccarello, et al in Charleston WV. She would begin at the Marriott Hotel Charleston WV holding many positions from the hotel’s opening until her retirement as an Executive Office Secretary. She was a devoted Catholic and was a founding member of Our Lady of the Hills Parish in Pinch WV. She opened her home for all to see and worship her savior Jesus Christ. She was active in the GFWC Elk Valley Women’s Club and other civic minded events always trying to improve the organization, people around her and herself. She had an uncanny knack for recalling everyone’s name from kids’ friends to folks she met along her long journey in life. She genuinely cared about how everyone else was doing as witnessed in her care for Bill as they aged together. She had a strong desire to always move forward, not stop, explore, and with faith and love she has now left behind those traits for all to follow. Godspeed, we love you.

Visitation to be held at Our Lady of the Hills Catholic Church Wednesday February 3rd from 10AM to 11 AM with a private family only funeral Mass to follow at 11AM.

Burial will be held as a private grave side service in Dunbar, West Virginia at the Donel C. Kinnard Memorial State Veterans Cemetery.

In lieu of flowers please send donations to Our Lady of the Hills Catholic Church, St Anne’s Outreach or LERMA.

Due to the COVID 19 Pandemic in our state, it is mandated by the Governor and the CDC that proper facial coverings be worn and that social distancing be observed.

Online condolences may be made at www.haferfuneralhome.net.

To send flowers to the family or plant a tree in memory of Marilyn Miladore Spencer (Liebeck), please visit our Heartfelt Sympathies Store.

We encourage you to share your most beloved memories of Marilyn here, so that the family and other loved ones can always see it. You can upload cherished photographs, or share your favorite stories, and can even comment on those shared by others.

Justin, Claire, Richard and Alex, Love your CLC Family, and other have sent flowers to the family of Marilyn Miladore Spencer (Liebeck).
Show you care by sending flowers

Posted Feb 02, 2021 at 02:53pm
Jody & Family - Our heartfelt condolences, as you remember Marilyn and celebrate her beautiful life.

Flowers were purchased for the family of Marilyn Spencer. Send Flowers

Posted Feb 01, 2021 at 09:55am
Wishing you peace to bring comfort, courage to face the days ahead and loving memories to forever hold in your hearts. 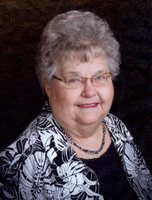