To share your memory on the wall of Barry Shafer, sign in using one of the following options:

He was a loving husband and father, leaving behind a wife and two daughters, two stepsons and two grand... Read More
Barry Jason Shafer

He was a loving husband and father, leaving behind a wife and two daughters, two stepsons and two grandchildren. Barry was a graduate of Walton High School, where he was a star athlete. He attended Marshall University and eventually graduated with a degree in Christian Studies from Grand Canyon University. He also served in the Army National Guard as a Combat Engineer. His passions in life were painting and bible studies, serving the Lord.

He is survived by his wife Tammy Shafer, daughters Ivey and Tara, stepsons Nicholas and Michael, two grandchildren and siblings Terry and Diana.

A memorial service will be held at 1:00pm on Saturday, October 5, 2019 at Blue Creek Advent Church in Elkview.

There are no events scheduled. You can still show your support by sending flowers directly to the family, or planting a memorial tree in memory of Barry Jason Shafer.
Plant a Tree

We encourage you to share your most beloved memories of Barry here, so that the family and other loved ones can always see it. You can upload cherished photographs, or share your favorite stories, and can even comment on those shared by others.

Plant a Tree in Memory of Barry
Plant a tree 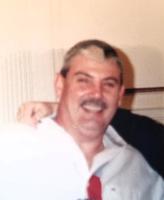