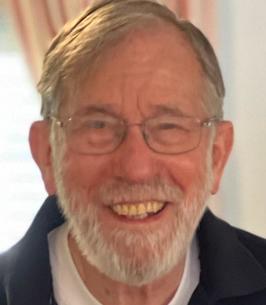 James (Jim) Griffin Anderson of Pinch, WV passed away unexpectedly on August 7, 2022. He was born on August 31, 1943, in Morgantown to Orpha (Griffin) and John Anderson. Jim attended West Virginia University and the University of Delaware, where he completed a Bachelors and Masters’ Degree in Agriculture and Economics, respectively. He went on to briefly teach at Burnsville High School where he met his future wife and the love of his life, Etta Gae Wine. They were married in 1969 and recently celebrated their 53rd anniversary. After a series of jobs related to farming, he accepted a position with the Department of Agriculture at the Farmers Home Administration. It was there that he worked in rural and economic development where his passion grew for serving small communities in his beloved home state of West Virginia. After retiring in 2004, Jim went on to work in MacDowell County where he helped develop the Ashland Resort, the largest campground in the Hatfield-McCoy Trail System. He was heavily involved in promoting tourism in southern West Virginia and was engaged in the outgrowth of the campground where he enjoyed working with owner Ken Bazzle and colleague Tara Elder right up until his death.

Although he was passionate about his work, Jim was first and foremost a family man where his wife Gae was the center of his world. They made a wonderful life together with many friends along the way. As Gae’s primary care-giver in later life, Jim made sure that all her needs were met and took on many new roles, including hairdresser and baker. He also was a devoted son and watched after his 100-year old mother Orpha, calling her every morning and evening. Thursday was a special night to look forward to as Orpha and their neighborhood friends would join Jim and Gae for pot luck dinner to share love and laughter together. Gae’s Health Care worker, Hope Tyree, would help cook and often join them for dinner as she is part of the family.

Jim was especially a proud father to his daughter Jennifer. When Jen was growing up he served as little league softball coach, math tutor, and proud supporter of the Herbert Hoover Marching Huskies Band where Jen played snare drum, and where he nursed the equipment truck along through many breakdowns. Jim always looked forward to his visits from Jennifer and enjoyed their late-night talks or just sitting quietly together in one another’s company.

Jim also maintained a close relationship with his brother Jeff and his wife Elizabeth. Despite having busy lives and being many miles apart, they found time to regularly catch up and enjoyed reminiscing about family tales and history.

Jim was a quiet man of faith and followed in the tradition of his parents by giving thanks before every meal. He was indeed grateful for the many blessings in his life.

Jim was predeceased by his father John Anderson and his brother Wayne Anderson. He leaves behind his loving wife Gae, daughter Jennifer Anderson (Susan Murphy), mother Orpha Anderson, brother Jeffrey Anderson (Elizabeth), and a large extended family and a wealth of friends and colleagues.

In lieu of flowers, donations may be made to the Charleston Area Salvation Army https://salvationarmycharlestonwv.org/

A service will be held on Friday, August 12, 2022, at 1pm at St. Andrews Presbyterian Church with Rev. James A. Walther officiating. Burial will follow at Elk Hills Memorial Park.

Visitation will be held one hour prior at the church.

Online condolences can be left at www.haferfuneralhome.net.