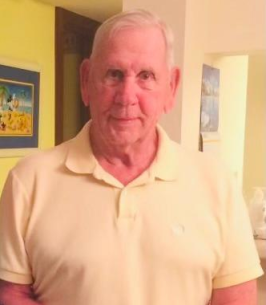 James Harrold Smith, 84, peacefully passed away at Stonerise on August 5, 2022, surrounded by his loving family, following a brief illness with cancer.

Jim was born January 29, 1938, to the late Howard D. and Opal Smith in Charleston, WV. He was a graduate of Stonewall Jackson High School Class of 1956. He retired from Dupont-Belle Works in 1992 with 30 years of service. Jim was a member of Charleston Elks Lodge 202, Beni Kedem Shriners-Highlanders, Scottish Rite Kanawha Lodge 20. He loved fishing on the Cranberry River, never missed an episode of Jeopardy and was an avid fan of college football, especially the Alabama Crimson Tide. He enjoyed attending his grandchildren's sporting events and activities.

He was preceded in death by his brothers, Howard Junior, Paul Edward, Allen Lynn, Wesley "Bije", and Benjamin Smith.

The family wishes to thank the staff at Stonerise for the wonderful care extended during his illness.

A funeral service will be at 1:00pm on Tuesday, August 9, 2022 at Hafer Funeral Home, with Pastor Lee Swor officiating. Burial will follow at Tyler Mountain Garden of Memories.