To share your memory on the wall of James Edward \"Squeak\" Copenhaver, sign in using one of the following options:

Squeak grew up on Aarons Fork and graduated Elkview High School in 1957 where he met his lifelong bride, Nancy Loraine Perry. During his high school days, Squeak earned the title of Mr. Athlete as he played and lettered in all sports. He held several school records in football and basketball. He attended West Virginia Tech on a football scholarship and continued to excel in football. During one game Squeak returned a kickoff for a 97-yard touchdown. Following his college days, he went on to try out for pro football that was impacted by his MS diagnosis.

He then worked for Union Carbide and for a Coal Company as the Public Relations person; later making a career change into politics. He began his political career because he absolutely loved West Virginia and the people of Elkview and surrounding areas. Squeak ran and was elected State Committeeman where he served the people in his district. Later he decided to serve more West Virginians and ran for the West Virginia Legislator. He was elected and served the people well by introducing several pieces of legislation into law; including the police, coal industry as well as the roadway infrastructure.

Squeak was an avid horseman, where he proudly competed in horse shows for many decades. He continued to serve his community as he was on several horseshow committees, dedicating most of his time to helping improve horse shows and fundraisers.

Honoring James’ wishes a service will not be held. A Celebration of Life for family and friends will be announced at a later date.

There are no events scheduled. You can still show your support by sending flowers directly to the family, or planting a memorial tree in memory of James Edward "Squeak" Copenhaver.
Plant a Tree

We encourage you to share your most beloved memories of James Edward "Squeak" here, so that the family and other loved ones can always see it. You can upload cherished photographs, or share your favorite stories, and can even comment on those shared by others.

I remember my dad and his family talking about Mr. Copenhaver. Always positive comments. Some family members went to high school with him. I met him in Orlando. Very kind and friendly . He was a proud West Virginian .May God bless his family and may he rest in peace . Steven Strickland Elkview West Virginia and Orlando Florida. 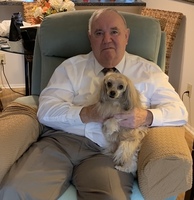 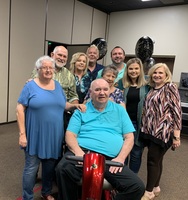