To share your memory on the wall of Jay Wildt, sign in using one of the following options:

He was born and raised in Parkersburg, WV and a 1951 graduate of Parkersburg High School.

He was preceded in death by his parents Joseph Gaston Wildt and H... Read More
Jay Joseph Wildt, 89, of Charleston, WV passed away June 15, 2021.

He was born and raised in Parkersburg, WV and a 1951 graduate of Parkersburg High School.

He was preceded in death by his parents Joseph Gaston Wildt and Helen Bernier Wildt, his brother James Wildt, and sister Mimi Pitts.

Jay joined the United States Marine Corps in 1952 during the Korean War and was a member of the guard and security Marine Detachment aboard the heavy assault cruiser USS Albany until honorably discharged in 1955. The USS Albany was the flagship for the Commander of the Battleship Cruiser Force of the Atlantic Fleet.
Shortly after his discharge he was employed by the Parkersburg News, a daily morning newspaper, as a general assignment reporter and sometimes photographer. He was later hired in the same capacity by the Charleston Daily Mail, about 1957. His reportorial career continued with WSAZ-TV and WCHS-TV. He was a news reporter and photographer and was what is now termed a “news anchor” for both at different periods.
In 1961, Jay was hired as press secretary for the West Virginia Department of Public Assistance, later called the Department of Welfare and Department of Human Services. As a result of his varied responsibilities in the news industry, he developed a special skill in photography and designed, set up and operated a full production black and white photo laboratory with added capabilities for color transparency processing and mounting.
After twenty-five years, in 1986, he transferred to the West Virginia Department of Commerce as staff photographer and was responsible for handling the photographic needs of the Governor’s office. He was appointed a Distinguished West Virginian by Governor Arch A. Moore Jr. on Dec. 31, 1988, at the time of his retirement.

After three years of retirement Jay decided to buy a Harley Davidson and returned to the workforce. He was fortunate to find employment with Retina Consultants where he could apply his skills as an ophthalmic photographer.

Jay was a member of the Basilica of the Co-Cathedral of the Sacred Heart and attended regularly until he was physically unable.

Those left to cherish his memory include his wife of 45 years Karen Wildt; brother Dick (JoAnn) Wildt; sister-in-law Sheri Dennis; sons Jay (JoAnne) Wildt, Joseph (Glenna Dean) Wildt; daughters Debbie (Harry) Harper, and Teri Wildt. He is also survived by grandchildren, great-grandchildren, nieces, nephews, cousins, and a host of friends. A special thank-you to Greg and Cathy Widdecombe for their love and support. Also, thank you to all the neighbors on McGovran Road who waved to Jay. You brought him such joy.

Services will be at 1:00, Saturday at the Basilica of the Co-Cathedral of the Sacred Heart in Charleston, Father Donald Higgs, officiating. Visitation will be one hour prior to the service. Entombment with Military Honors will take place afterwards at Elk Hills Memorial Mausoleum, Big Chimney.

Arrangements are in the care of Hafer Funeral Home, 50 North Pinch Road, Elkview, WV 25071.
As Jay would say, “Over and out.”
Read Less

To send flowers to the family or plant a tree in memory of Jay Joseph Wildt, please visit our Heartfelt Sympathies Store.

We encourage you to share your most beloved memories of Jay here, so that the family and other loved ones can always see it. You can upload cherished photographs, or share your favorite stories, and can even comment on those shared by others.

Posted Jun 23, 2021 at 01:02pm
Karen and family, my most sincere condolences on Jay's passing. Jay was a wonderful friend and neighbor. He would always stop his neighbors as they passed his house to have a short conversation. There was an unseen stop sign right by his house. We will miss Jay very much.
Comment Share
Share via:
SL

Posted Jun 18, 2021 at 09:09pm
jay was a wonderful soul and a great friend. he will be sadly missed by many. my prayers and thoughts are with you karen and the family.
Comment Share
Share via:
TF

Posted Jun 18, 2021 at 12:11pm
Please accept our most heartfelt sympathies for your loss... Our thoughts are with you and your family during this difficult time.

Posted Jun 18, 2021 at 10:58am
Served many years with Jay at the WV Department of Welfare and Human Services. Jay was always most friendly and very helpful. Our condolences to his family.

Posted Jun 18, 2021 at 08:56am
Dick,
May you find the inner peace and strength to see you through this troubled time 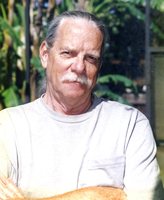