To share your memory on the wall of Harry Crede, sign in using one of the following options:

Harry Emory Crede, 88, of Big Chimney, WV, passed peacefully on April 1, 2021 surrounded by his loving family at CAMC Memorial when he went home to be with his Lord and Savior, wife, and family after a courageous ... Read More
Harry Emory Crede

Harry Emory Crede, 88, of Big Chimney, WV, passed peacefully on April 1, 2021 surrounded by his loving family at CAMC Memorial when he went home to be with his Lord and Savior, wife, and family after a courageous battle.

Harry was born in Charleston, WV to Harry and Christine Wiersteiner Crede on April 23, 1932, and he was the fifth of nine children. In addition to his parents, he was preceded in death by his loving wife of 57 years Carma Lee Withrow; siblings Thelma Minnig, Genevieve Sweeney, Mary Ann Evans, Jane Gower, John Crede and Dolores Buhl.

Harry was a loving and devoted husband, father, brother, grandfather and friend to many people in the community. He was courageous, hard-working and had a generous heart that touched many lives with his presence. He was a member of Our Lady of the Hills Catholic Church, Elks Lodge #202, and the Kanawha Masonic Lodge #20. He was active up to the end with running his bulldozer and weekly card games with his buddies.

As for his accomplishments, he graduated from Charleston Catholic High School, worked a year as a blacksmith’s apprentice, served in the U.S. Navy aboard the U.S.S. Carrier, a destroyer escort during the Korean War, attended Inter-Communications Electricians School in San Diego, worked for AT&T for 15 years, founded Crede Tractor Sales in 1963, awarded the silver Theodore N. Vail Medal Award by AT&T in 1968 for saving a man’s life from the Elk River, received an Honorary degree from the University of Hard Knocks in 2004, and created Crede’s Corner in Elkview, WV.

Harry and his wife, Carma, traveled extensively throughout their lives seeing different parts of the world, RV camping, boating, golfing, 4-wheeling, land developing, playing cards, frogging, hunting, riding horses and taking care of his barn critters. Also, he was a true Mountaineer for over 20 years attending games across the United States in his RV.


Visitation will be from 4-8 pm, Thursday, April 8, 2021 at Hafer Funeral Home, Elkview, WV.
A Mass of Christian burial, officiated by Father Tijo George, will be held at 11:00 am, Friday, April 9, at St. Anthony’s Catholic Church, 1001 Sixth St., Charleston, WV. Visitation will be held one hour prior to the service. Burial will be in Elk Hills Memorial Park, Big Chimney, WV.


In lieu of flowers, donations can be made to LERMA in Care of Our Lady of the Hills Catholic Church.


COVID 19 Pandemic in our state, it is mandated by the Governor and the CDC that proper facial coverings be worn and that social distancing be observed.

Online condolences may be made at www.haferfuneralhome.net.
Arrangements are in the care of Hafer Funeral Home, 50 North Pinch Road, Elkview.
Read Less

To send flowers to the family or plant a tree in memory of Harry Emory Crede, please visit our Heartfelt Sympathies Store.

We encourage you to share your most beloved memories of Harry here, so that the family and other loved ones can always see it. You can upload cherished photographs, or share your favorite stories, and can even comment on those shared by others.

Posted Apr 09, 2021 at 09:12am
We send our deepest thoughts and prayers to your family have known your loved one for many years, may God give your peace and comfort at this time. From JUDY WOOD ,TAMMY, BRENT WOOD NATALIE PERNELL AND HER FAMILY.
Comment Share
Share via:
ET

Posted Apr 08, 2021 at 11:08am
I have good memories of Harry, Mick & Charity. He was eager to help me when I first opened.I enjoyed his visits and look fwd to a time we meet again 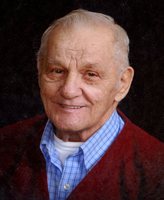 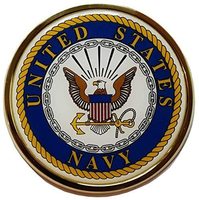