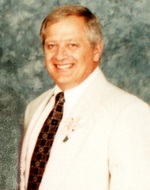 Steven (Steve) Eugene Brewer, 73, of Pinch, WV passed away on November 12, 2020, at Hubbard House in Charleston after a short illness. Steve was born August 23, 1947 to Edward and Edith Brewer in Charleston, WV. Steve graduated from Herbert Hoover High School in 1965.

Arrangements are in the care of Hafer Funeral Home, 50 North Pinch Road, Elkview.