To share your memory on the wall of Steven \"Steve\" Brewer, sign in using one of the following options:

There are no events scheduled. You can still show your support by sending flowers directly to the family, or planting a memorial tree in memory of Steven "Steve" Eugene Brewer.
Plant a Tree

We encourage you to share your most beloved memories of Steven "Steve" here, so that the family and other loved ones can always see it. You can upload cherished photographs, or share your favorite stories, and can even comment on those shared by others.

Posted Nov 15, 2020 at 04:26pm
I really am sad that Steve passed away. He called me a couple of months ago after he had come home from either Washington or Oregon and told me his health was pretty bad. I worked with and for Steve on probably 6 or more disastrous and there was not a guy any better to be with.
Zeke Allen
Elkview
Comment Share
Share via:
CD 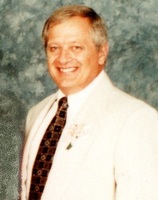