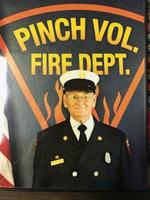 He was employed by C&P Telephone, AT&T, and the state of West Virginia. He was a lifelong active member of Mt. Tabor United Methodist Church where he sang in the choir, served as Sunday school superintendent and trustee for many years. He loved camping, boating, woodworking, and his family. He was also a member of the American Legion Post 61.

Bill is proceeded in death by his parents, William and Dorothy Allen.