To share your memory on the wall of Jerry Legg, sign in using one of the following options:

Provide comfort for the family of Jerry Legg with a meaningful gesture of sympathy.

Print
Jerry A. Legg of Pinch passed away on May 11th, 2020 surrounded by his loving family due to the effects of Parkinson’s disease.

Jerry was born on March 3rd 1932 on Salmon Creek near Summersville, WV to a large farming family with 9 ... Read More
Jerry A. Legg of Pinch passed away on May 11th, 2020 surrounded by his loving family due to the effects of Parkinson’s disease.

Jerry was born on March 3rd 1932 on Salmon Creek near Summersville, WV to a large farming family with 9 children- 7 boys and 2 girls. After he graduated from Nicholas High School in 1950 Jerry served in the US Army with the 4th Infantry Division based in Frankfort, West Germany. Upon his discharge Jerry attended Morris Harvey College on the GI Bill and graduated with a teaching degree. After teaching for two years Jerry started a building contracting business, Valley Residential Builders and with his partner built many homes across the Kanawha valley for the next 30 plus years. Jerry continued to get requests for building and construction work late into his life.

Jerry was dedicated to his family every day of his life. He married Naomi Ruth Jones on March 6th, 1965 and had two sons Jerry Jr. and Michael. Jerry enjoyed raising a garden as well as to hunt and fish and took Naomi and his family on many trips and adventures throughout his life. Jerry was a lifelong, knowledgeable and passionate WVU sports fan attending his first football game in 1948. Later in his life Jerry enjoyed spending time with his 3 grandchildren both at home and at their sporting events and school activities. Jerry was a practicing Catholic and along with many others worked tirelessly to establish Our Lady of the Hills Catholic Church in Pinch and was the resident handy man on church projects for many years.

Jerry is survived by his loving wife of 56 years Naomi Ruth Legg, and his two sons Jerry Anthony Legg Jr. of Pinch and Michael Todd Legg (Kimberly) of Winfield. Jerry was rightly proud of his 3 grandchildren Kaitlyn, Justin and Gavin Legg of Winfield. Jerry is also survived by his youngest brother Bob Legg and wife June, and many in-laws, cousins, nieces and nephews. Jerry is pre-deceased by his parents Raymond and Verna Legg and 7 of his siblings- Charles Legg, Lewis Legg, Raymond Legg, Tom Legg, Okey Legg, Nell Moore and Donna Patterson.

Jerry’s family can take comfort in that there was nothing left unspoken in their love for each other and he will be remembered as a good husband, patient and loving father and kindhearted man.

Due to the health crisis in our nation, a private service will be held for Jerry at Hafer Funeral Home. A celebration of life, military rites, and salute to Jerry's service to our nation will be observed at the Donel C. Kinnard Memorial State Veterans Cemetery at a future date.

Online condolences may be sent to www.haferfuneralhome.net
Arrangements are in the care of Hafer Funeral Home, 50 North Pinch Road, Elkview, WV 25071.
Read Less

To send flowers to the family or plant a tree in memory of Jerry Anthony Legg Sr., please visit our Heartfelt Sympathies Store.

We encourage you to share your most beloved memories of Jerry here, so that the family and other loved ones can always see it. You can upload cherished photographs, or share your favorite stories, and can even comment on those shared by others.

Posted May 14, 2020 at 12:43pm
Jerry built our home in Hansford in 1971...It was an honor to know and work with him...a very special man. Love and prayers to all the family...Garnes and Edna Reed
Comment Share
Share via: 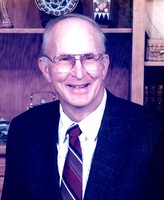