To share your memory on the wall of James Bass, sign in using one of the following options:

Print
James Edward Bass, Sr., of Elkview entered fully into the presence of his Lord and Savior on Wednesday, March 18, 2020 at Hubbard Hospice House West.

First and foremost, he wished to thank Kermit and JoAnn Tyree for their years of friend... Read More
James Edward Bass, Sr., of Elkview entered fully into the presence of his Lord and Savior on Wednesday, March 18, 2020 at Hubbard Hospice House West.

First and foremost, he wished to thank Kermit and JoAnn Tyree for their years of friendship, checking on him day-to-day, providing meals, and making sure all his needs were met, during his illness. Scott Carte, thank you for bringing his mail, and fulfilling any other requests he may have made, sometimes just conversation. Travis and Megan Warner, he wanted you to know his appreciation for all you did and provided for him. Wayne Hart, he wanted you to know how much it meant to him, the time spent he spent with you, talking on the phone nightly, plus his indebtedness for all the times you would transport him to and from his scheduled appointments. Pastor Tim Brewer, he thought the world of you, your friendship and guidance.

James was born at home on October 15, 1933 to Bert and Josephine Bass. After working at Dupont and Kroger’s, along with other occupations, he retired in 1992 as a superintendent with the United States Postal Service. He returned to work as a maintenance engineer with the Kanawha County School Board until the age of 80. He referred to himself as a “workaholic”. His pastime, “therapy” was mowing grass and weed eating.

He was a 1951 graduate of Dupont High School. He served our country with the United States Army USAR INF until his honorable discharge in 1959.

He is survived by his sons James Jr (Brenda) and Richard, together with his stepchildren Randall Humphreys (Kim) of Winchester, KY.; and Cheryl Thomas (Bob), of Bossier City, LA.; grandchildren Amanda and Jason Bass, Aliya and Logan Humphreys and Kristin and Justin Thomas along with other grandchildren and great-grandchildren.

A celebration of James’ life will be held graveside at Montgomery Memorial Park at 2pm Friday, March 20th with Pastor Tim Brewer officiating.

Special thanks to Mary and Laurel Shaffer, RN, who visited him from Hospice Care. You were a bright light during this time.

John 14:1-3,6
Let not your heart be troubled; ye believe in God, believe also in me. In my Father’s house are many mansions; if it were not so, I would have told you. I go to prepare a place for you. And, if I go and prepare a place for you, I will come again, and receive you unto myself; that where I am, there ye may be also. Jesus said unto him, I am the way, the truth, and the life: no man come through unto the Father, but by me.

Online condolences may be sent to www.haferfuneralhome.net
Arrangements are in the care of Hafer Funeral Home, 50 North Pinch Road, Elkview, WV 25071
Read Less

To send flowers to the family or plant a tree in memory of James Edward Bass Sr., please visit our Heartfelt Sympathies Store.

We encourage you to share your most beloved memories of James here, so that the family and other loved ones can always see it. You can upload cherished photographs, or share your favorite stories, and can even comment on those shared by others.

The Hoke Family sent flowers to the family of James Edward Bass Sr.
Show you care by sending flowers

Posted Mar 20, 2020 at 03:47pm
The West Virginia and Kanawha County Associations of Retired School Employees extend their sincere sympathy to you, the family, in your sorrow. Blessings to all.

Posted Mar 19, 2020 at 06:26pm
To Justin and all his family, We are thinking of you and want to offer our condolences on your loss. Sending prayers your way.

The Hoke Family purchased flowers for the family of James Bass. Send Flowers 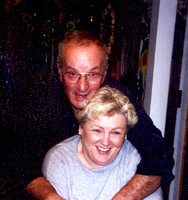