To share your memory on the wall of Robert Sutler, sign in using one of the following options:

Before enlisting in the Army, he married the love of his life Jeanetta R. Sutler. He served in the US Army and the Army Reserves. He was employed for over 30 years at JM Sutler Company, the family business and later formed Sutler Rental Properties with his brothers. An avid model train enthusiast, Bob was a founding member of the Kanawha Valley Railroad Association. He was also a member of Bream Memorial Presbyterian Church and Kanawha Amateur Radio Club.

In addition to his parents Bob is preceded in death by his loving wife of 58 years Jeanetta R. Sutler; and brother Gordon Sutler.

A gathering to celebrate Bob's life will be held from 12:00 to 3:00 PM Saturday, March 21 in the Hearth Room at Coonskin Park, Charleston.

We encourage you to share your most beloved memories of Robert here, so that the family and other loved ones can always see it. You can upload cherished photographs, or share your favorite stories, and can even comment on those shared by others. 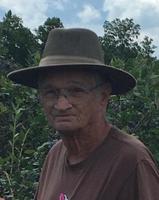