To share your memory on the wall of Harold Dunbar, sign in using one of the following options:

He was born February 9, 1926, in Blakeley, WV, to Oather A. and Elva Mae Dunbar. He grew up in the coal mining towns of Blakeley, Amelia and Hitop and graduated from Elkview High School in 1945. He served in the Army Signal Corps at the Pentagon, New Jersey, Virginia and Maryland until his discharge in 1948. He attended two years at West Virginia Tech in Montgomery, WV and Capital Radio Engineering Institute in Washington, DC.

He began his work life at the age of 14 at O.A. Dunbar & Sons, his father’s general store in Hitop. He worked as a Lab Analyst for DuPont at Belle, WV for 18 years. From 1971 until his retirement in 1987, he was a Mine Drainage Inspector for the West Virginia Dept. of Natural Resources, where he loved traveling the backroads of southern West Virginia. He always wanted to “see where this road takes us”.

Harold was a devoted Christian and attended Falling Rock Gospel Tabernacle. He had a beautiful singing voice and sang bass in several quartets. He was a history buff, liked photography and was the keeper of family records. He collected information and wrote several articles for two history books: “Elk River Communities in Kanawha County”, Volumes 1 and 2. He believed in the importance of family history, was a great storyteller and wrote many stories for his children, grandchildren and great-grandchildren. He was happiest when his family could get together.

He was preceded in death by Ruth, his wife of 44 years; his brother Charley and wife Helen; brother Bill and wife Dorothy; sister Vera and husband Grant Fuller; and his sister-in-law Jessie.

Funeral services will be held at Hafer Funeral Home, Elkview, on Friday, January 17, at 1:00 p.m.

Services will be conducted by Clarence Deal and Keith Monday.

Online condolences may be sent to www.haferfuneralhome.net
Arrangements are in the care of Hafer Funeral Home, 50 North Pinch Road Elkview, WV 25071.
Read Less

We encourage you to share your most beloved memories of Harold here, so that the family and other loved ones can always see it. You can upload cherished photographs, or share your favorite stories, and can even comment on those shared by others.

Plant a Tree in Memory of Harold
Plant a tree 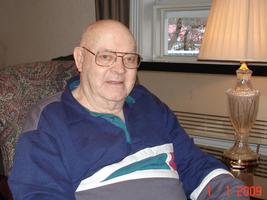 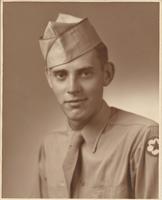