To share your memory on the wall of Herman White, sign in using one of the following options:

Herman Eugene "Gene" White, 72, of Elkview, WV passed from this life on Saturday, January 11, 2020. Gene was a member of Elk Valley Apostolic Church of Pinch, WV. He was a believer of the apostles' doctrine according ... Read More
Herman Eugene White

Herman Eugene "Gene" White, 72, of Elkview, WV passed from this life on Saturday, January 11, 2020. Gene was a member of Elk Valley Apostolic Church of Pinch, WV. He was a believer of the apostles' doctrine according to Acts 2:38.

Gene was born June 1, 1947, and raised in the East End of Charleston, WV. He was the only son of Lillian Crouch Ellis and father, Herman "Tillie" Crouch. Preceding him in death along with his parents, are sister Donna White Eggleston and nephew Edward Allen Eggleston.

He attended Charleston High School and Morris Harvey College. Gene joined the US Naval Reserves in 1964, serving his active duty aboard the USS John Paul Jones DDG 32 in the Gulf of Tonkin, off the coast of Vietnam. Gene was a proud Blue Water Navy Vietnam Veteran.

Gene was a faithful family man; he liked getting together with family & church folks. He loved Southern Gospel Music. He was a story teller with lots of memories to share. He was a simple guy, never in a hurry - but always ready to eat.

As a family we shall miss Gene, but no more pain, no more sickness, resting in the arms of our Lord and Savior.

Visitation will be at one hour prior to the service.

We encourage you to share your most beloved memories of Herman here, so that the family and other loved ones can always see it. You can upload cherished photographs, or share your favorite stories, and can even comment on those shared by others.

Posted Jan 15, 2020 at 07:58am
GOD BLESS YOU at you loss .I served with Gene on the JOHN PAUL JONES. i have a lot of found memories of the ship and shipmates
i'm glad he had a good life ,my prayers are with you and your family .again GOD BLESS .JOHN BRUNO
Comment Share
Share via:
P

Thank you John, Gene mentioned you, Mike, Larry (Pete), Tim and several others. He loved his Navy times & the men he served with.
AS

Posted Jan 14, 2020 at 03:24pm
Sending our heartfelt sympathies to all of you! We are praying God to fill your hearts with beautiful memories!!

Peaceful White Lilies Basket was purchased for the family of Herman White. 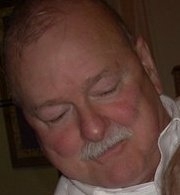 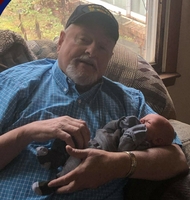