To share your memory on the wall of Albert Whittington, sign in using one of the following options:

Provide comfort for the family of Albert Whittington with a meaningful gesture of sympathy.

Print
Albert Paul Whittington, 56, of Nitro, WV passed away on May 9, 2019 after a sudden and unexpected illness.

He is preceded in death by his father Albert “Junior” Whittington. He leaves behind his wife of thirty-six years Charlene W... Read More
Albert Paul Whittington, 56, of Nitro, WV passed away on May 9, 2019 after a sudden and unexpected illness.

Paul was born on April 30, 1963 in Charleston, WV and was the eldest of three brothers. He grew up in North Charleston, WV and graduated from Stonewall Jackson High School class of ’81 where he was a member of the wrestling team. Paul married his high school sweetheart Charlene on April 30, 1983. He was a loving son, husband, father and especially loved being “Pappy” to Ella and Eva. He loved the outdoors and spent many days at the camp in Pocahontas county. Paul had a constant companion in his dog Darla, she will miss him greatly.

Paul had recently retired from Laborer’s Union Local 1353, he worked on countless underground utility projects in West Virginia and the surrounding states during his nearly thirty year tenure as a foreman with Rover Construction. If you enjoy the modern convenience of city water and flushable toilets where you live, there’s a good chance that Paul had a hand in making that possible in your neck of the woods.

Paul’s earthly journey has come to an end, he’ll be deeply missed by his family and a host of friends. But we have a hope and promise of God’s word that one day, oh one day we’ll see him again!

In honor of Paul’s wishes there will be a memorial service at a later date.

We encourage you to share your most beloved memories of Albert here, so that the family and other loved ones can always see it. You can upload cherished photographs, or share your favorite stories, and can even comment on those shared by others.

Posted May 13, 2019 at 12:21pm
Char and Jessica - I was so shocked and saddened to hear of Paul's passing. You were all such a big part of my childhood and I think of you all often and fondly. Sending my love and thoughts, from Texas.
Comment Share
Share via:
SM 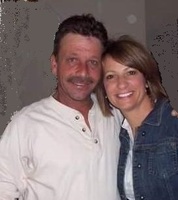